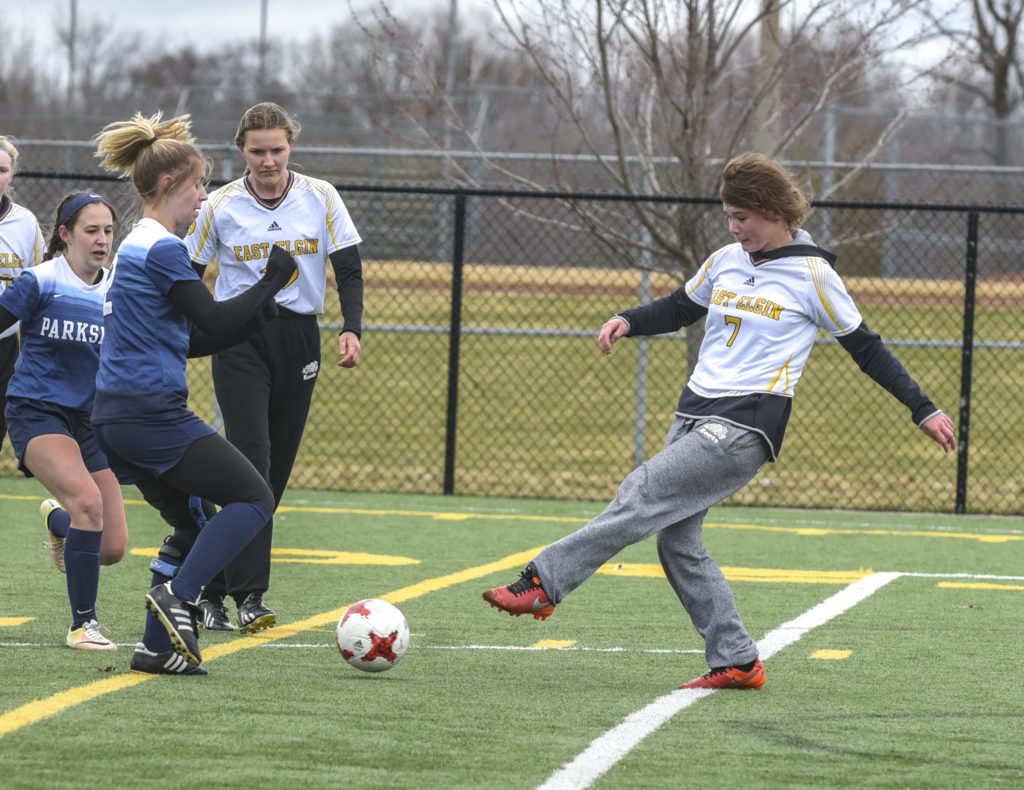 East Elgin Secondary School defender Linda Nagelhout tried to get the ball out of her team’s end during a the game against Parkside Collegiate Institute. PCI came out on top 4-0 in the chilly encounter. (AE/Rob Perry) 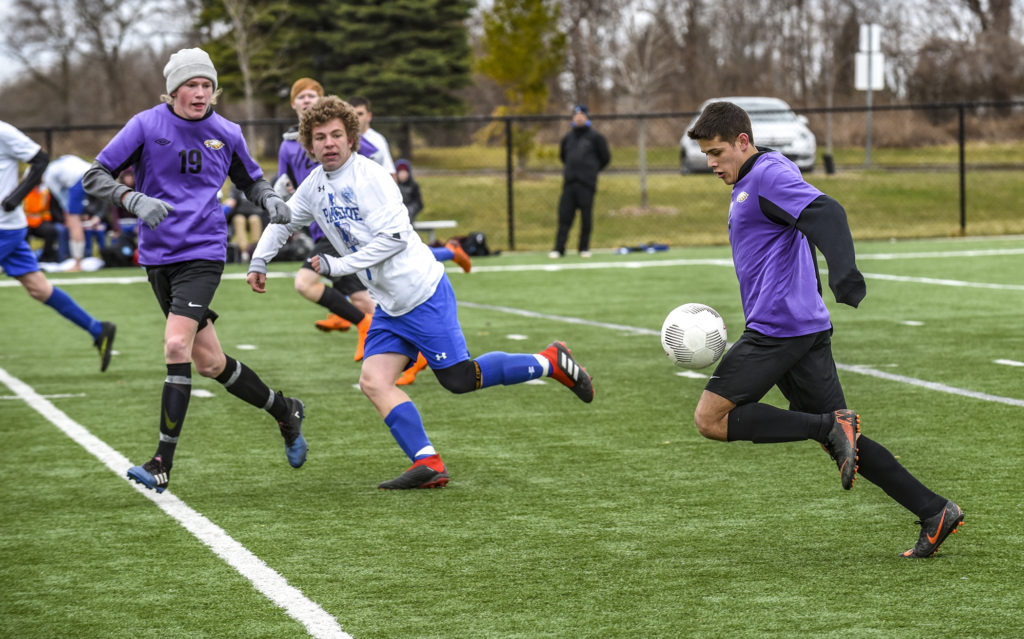 Dylan Wubs of East Elgin Secondary School rushed the ball toward the Parkside Collegiate Institute goal during the season-opening game for the two schools. The teams, in frigid, windy weather, battled to a 0-0 tie. (AE/Rob Perry)