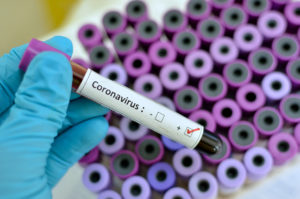 Southwestern Public Health announced on Wednesday, March 25, that the first case of COVID-19 in Oxford County had been confirmed. That same day a third case was confirmed, this time a second person from Elgin (not announced through news release, but found on the SPH’s Confirmed Cases Dashboard: https://www.swpublichealth.ca/content/community-update-novel-coronavirus-covid-19).

The Oxford man and Elgin women were both described as being in his 30s and both had come in close contact with an infected person. These are similar to the first case in Elgin County, announced on Monday, March 23, which also involved a man in his 30s.

Medical Officer of Health Dr. Joyce Lock said that appeared to just be a coincidence.

The man had been assessed at Woodstock General Hospital, tested and released to self-isolation at his home, she said. Health unit workers were interviewing him to get a list of anyone he might recently have been in close contact with.

She said that only those persons who had been in contact with the man would be telephoned by the health unit.

The Elgin woman is only listed on the dashboard as being in self isolation, with no further information offered on the circumstances of her diagnosis.

Dr. Lock reminded Elgin and Oxford residents that anyone of any age was vulnerable to COVID-19.

She recommended remaining a physical distance from anyone else when out in the community, washing hands often with soap and water or an alcohol-based hand rub, staying home if sick and disinfecting frequently any “high-touch” surface daily, following the manufacturer’s instructions on the disinfectant.

The health unit also announced it would not issue news releases for each case diagnosed in future.

Instead, releases would only be issued in case of major changes.

The health unit does offer a “dashboard” on its website with the number of cases diagnosed within its jurisdiction (https://www.swpublichealth.ca/content/community-update-novel-coronavirus-covid-19). As of 8:00 a.m. March 25, the dashboard showed that of 260 test administered in the area, 86 were still pending results.