Lena Perry, 5, of St. Thomas likes to play dress up and don costumes as princesses and super heroes, but two weeks ago, while playing on monkey bars, she fell, causing a compound fracture to her left arm.

Her aunt, Penny Powers of Aylmer, sometimes looks after her niece, and takes her along on shopping trips to the IDA store downtown.

Last Friday, store employee Suzy Zimmer gave the injured Lena, who’d dressed as a princess for the day, a special welcome, donning a Winnie the Pooh costume to greet the youngster. Fellow staff members also presented her with some treats they’d purchased for her to lift her spirits.

Penny said Lena arrived at IDA only an hour after receiving a fresh, second cast for her arm.

“Now it’s her favourite store,” Penny said. “She’s very shy, but she’s starting to come out of her shell. It made her day special.”

Lena told her she wanted to return to the store soon to visit Sue again.

“She’s adorable,” Penny said about her niece. “She dresses up a lot.”

Suzy had written about the costumed customer encounter, mentioning that Lena had visited the store with Penny daily during spring break.

“Lena dressed up everyday as a different princess or a superhero. She showed up everyday, sooo cute, just made me happy to see a little girl living her best life and looking good doing it.”
And that was why she’d donned a costume herself, to give a special welcome to Lena. 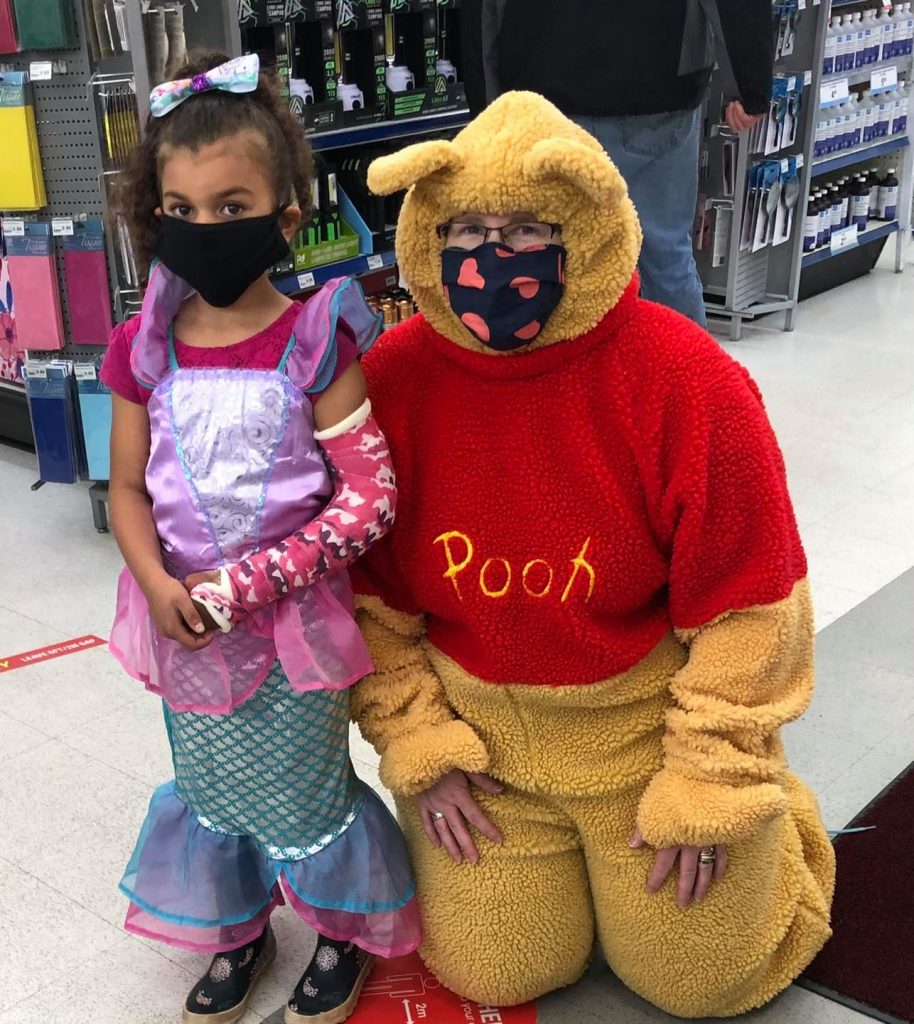 Lena Perry, 5, of St. Thomas, left, was greeted by employee Suzy Zimmer dressed as Winnie the Pooh during a visit to Aylmer IDA last Friday. Lena broke her arm two weeks ago and, as a frequent costumed visitor to the store, Sue decided to reciprocate with a costume of her own. (AE/contributed)