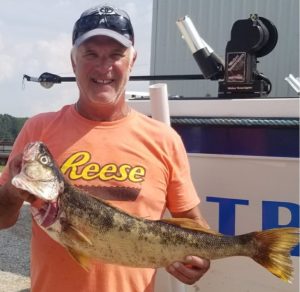 A boater missing after failing to return to Port Burwell as expected on Tuesday night, Aug. 9, has now been identified by Elgin Ontario Provincial Police as Jack Glaves, 58, of Tillsonburg.

He is described as being six feet two inches two, weighing 200 pounds and wearing a “Reese” peanut butter cup t-shirt.

OPP continued on Friday, Aug. 12, to search the waters of Lake Erie for Mr. Glaves, whose boat was found empty on the Ohio shoreline on Thursday.

More information as it becomes available.