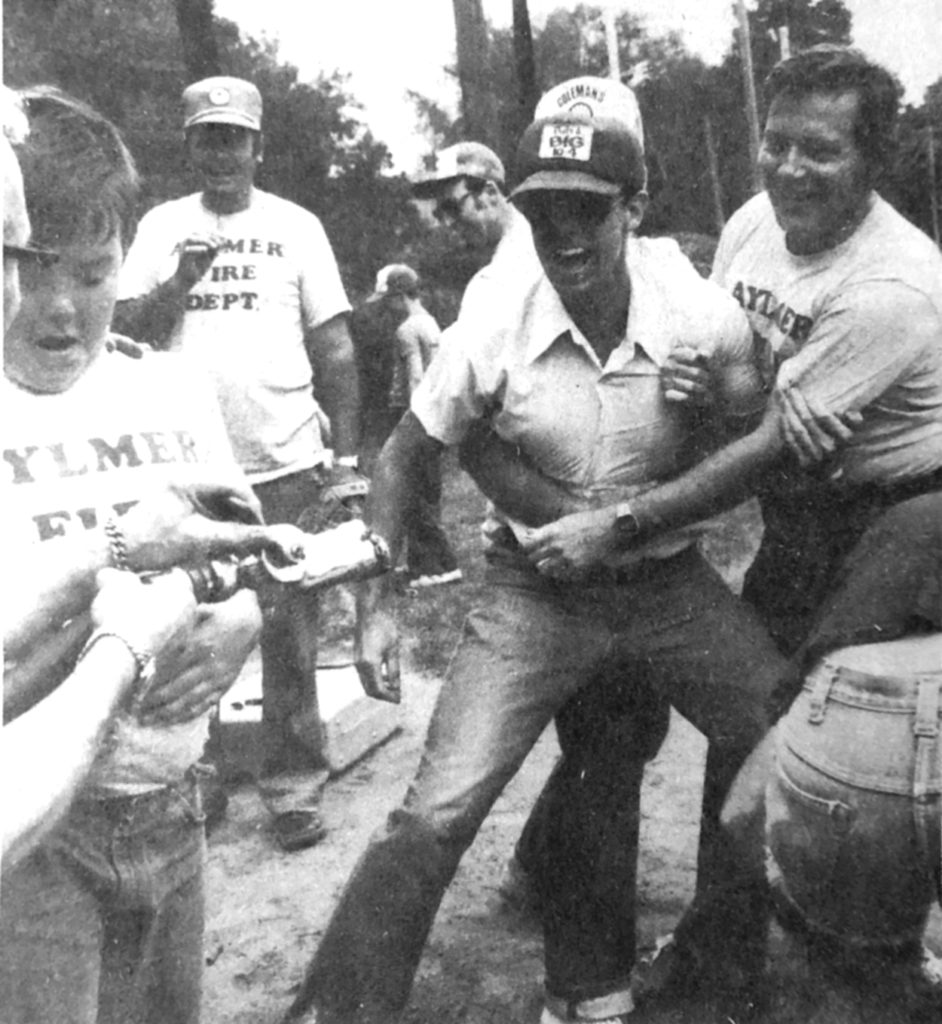 Aylmer Police Constable Larry Dickson, centre, is attacked by members of the Aylmer Volunteer Fire Department between innings of a fundraising ball game at Balmoral Park. This incident was just a dry run— the water didn’t start flowing until after the game in which the police defeated the firemen 23-14. 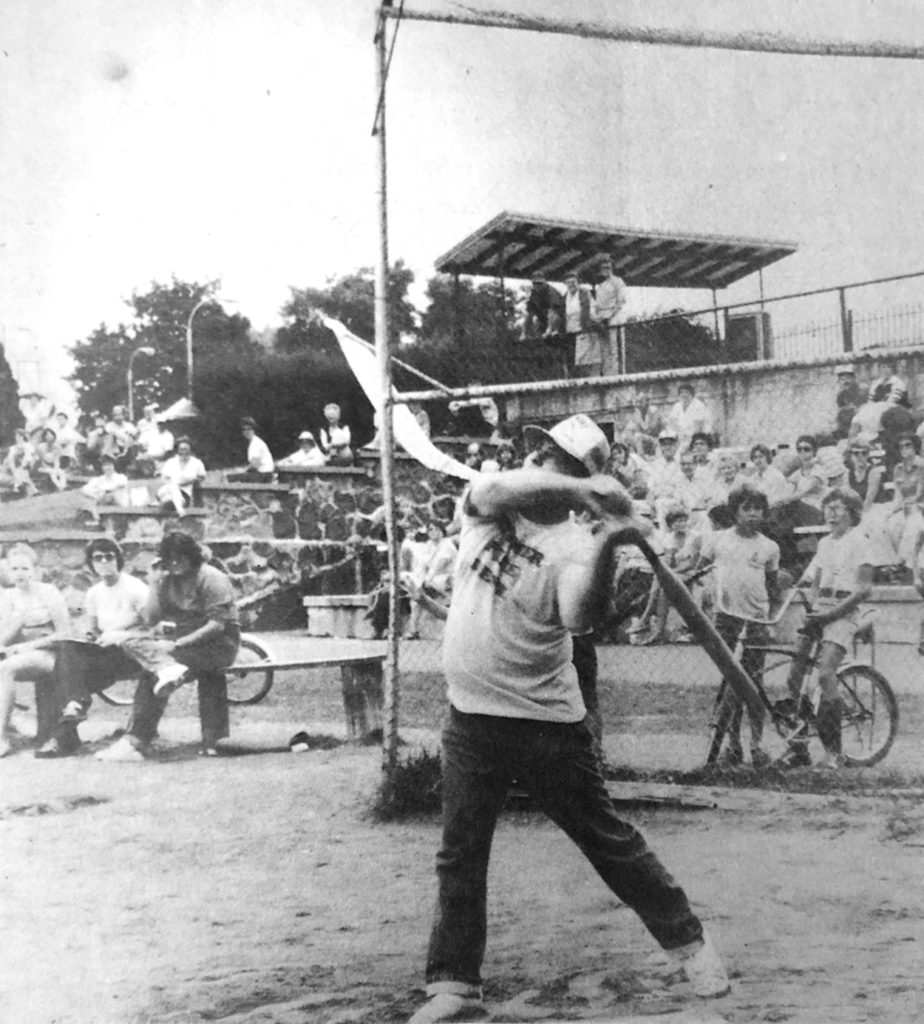 Aylmer Volunteer Fireman Fred Coleman, prepares to strike an incoming lob during a fundraising slopitch ball game Sunday. The ball game between the police and firemen was a humourous affair with water fights, rule sabotage and substitution of fruit for the softball. Monies raised were donated to Aylmer Minor Ball. 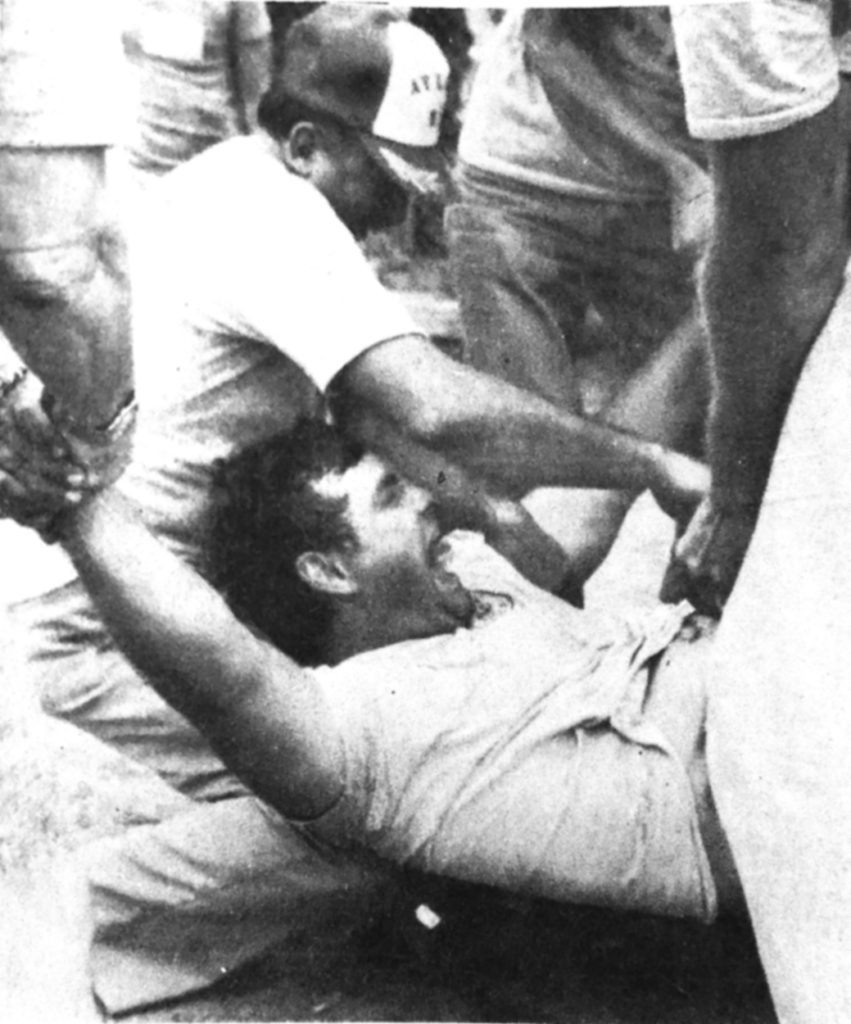 Bil Segui of the Aylmer Police is soaked down by Aylmer fireman Murray Hodgkin, in a freefor- all water fight following a slo-pitch game. 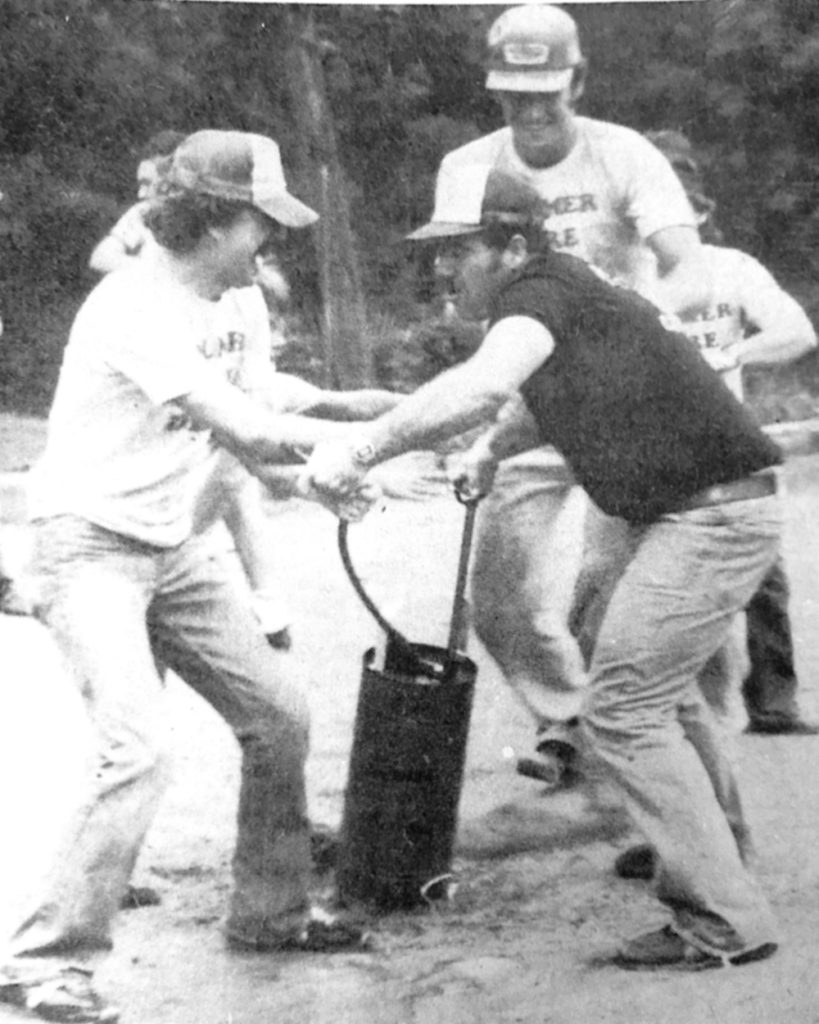 Constable Wayne Lamour turns the hose back on Aylmer firemen Len Miners, left, and Mark Minor, at back. 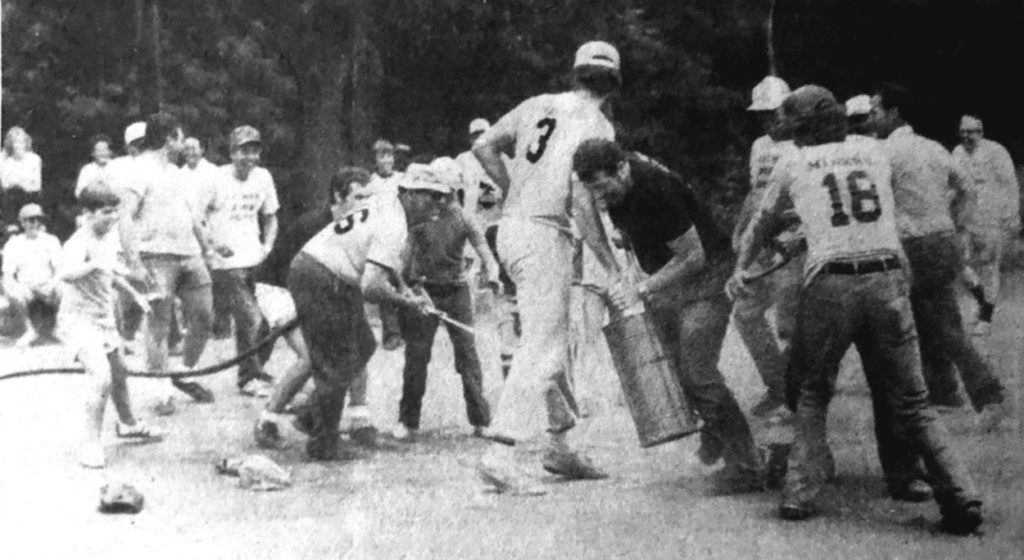 During the water fight between Aylmer police and firemen, the police were beginning to gain the upper hand until the big hose was brought out. Members of both sides were then soaked indiscriminately.